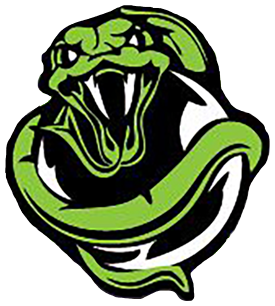 Scott Rickard returns to guide Immokalee High School for his 8th season. The Indians are coming off a season with the fewest losses ever and the 2nd best season winning % (.647).  Under his direction and has grown the program to include JV and Varsity. During his tenure with the Indians, he has coached the 3 most efficient offensive players in Immokalee High School history and sent numerous players to the college ranks. Coach Rickard holds a B.S. in Criminal Justice from the University of Central Florida. He teaches Physical Science and PE at Immokalee High School. Scott and his wife, Jessica, have two daughters, Madison and Alexis.

Coach Cornelio will coach the defensive players for the Venom.  He is the Indians Defensive Coordinator and led the Indians to their best defensive effort in 2021 only giving up 5.5 goals per game.  Carlos is also responsible for box substitutions during varsity games.

Coach Lordeo will coach Offensive players working on fundamentals and stick skills.  He is a graduate of Immokalee and was a 3-year letter winner in Lacrosse while at Immokalee.  While playing for Immokalee he was a defensive stalwart that earned him an honorable mention to the all-District team his senior year. His play earned him a scholarship to the University of Montevello where he played midfield.

Coach Garza will retun to coach the MS program this Spring. They will continue to build off  their first victories in the MS league last season. He is also a graduate of Immokalee and was a 3-year letter winner in Lacrosse.  He was one of the top offensive players in his time at Immokale. At the time of his graduation from Immokalee, Garza held the record for most assists in a season and was the school’s all-time assist leader.

Coach Gio will help with our Middle School Program this Spring , coaching the offensive players.  Gio is a graduate of Immokalee and was a 2-year letter winner in Lacrosse while at Immokalee. In his HS career Gio scored a hat trick against Palmer Trinity.